3 things you need to know

Why Does ADAS Matter?

How Are ADAS Features Designed?

ADAS with MATLAB and Simulink

Why Does ADAS Matter?

ADAS can make roads safer by minimizing human error. Some ADAS systems enforce safe driving habits by alerting drivers of unsafe road scenarios, such as when a car in the driver’s blind spot would make changing lanes dangerous. Other ADAS systems automate driving behaviors, such as collision avoidance with autonomous emergency braking.

In fact, ADAS prevents 28% of all crashes and 9,900 annual fatalities in the U.S., according to a study by Boston Consulting Group.

There are five levels of driving automation as defined by the Society of Automotive Engineers. Most cars on the road today have ADAS features between Level 0 and Level 3. Companies at the forefront of automated driving are pursuing Levels 4 and 5. 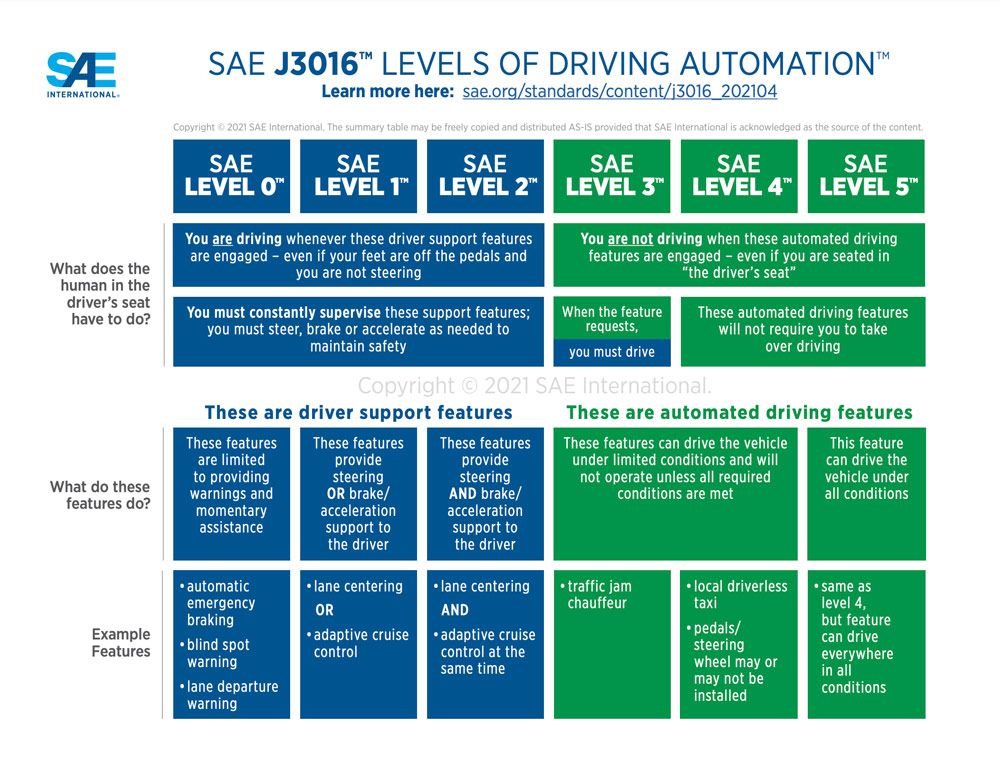 Fully autonomous vehicles may become a reality as the safety, cybersecurity, and policy issues are being worked out.

How Are ADAS Features Designed?

The first step in designing adaptive cruise control (ACC) is to collect data from sensors mounted on the car. For adaptive cruise control, we need a camera and a radar sensor. The camera detects the other objects in the frame (vehicle, pedestrian, tree, etc.), and the radar calculates the distance from our car to the object.

After collecting data from our sensors, we turn our focus to ADAS algorithm development. Adaptive cruise control can be broken down into three steps:

We used ACC as an ADAS example, but the general methodology of choosing the right sensors and designing algorithms based on the sensor data applies to all ADAS features.

The Importance of Sensors

The three most popular sensor types used for ADAS features are camera, radar, and lidar.

Cameras are used for detection-related ADAS tasks. Cameras on the side of a vehicle can detect blind spots. Cameras in the front can detect lanes, vehicles, signs, pedestrians, and cyclists. The associated ADAS detection algorithms are generally built using conventional computer vision and deep learning algorithms. Cameras have several advantages:

The downside of camera data is that they are less suited for detecting distance from an object compared to data from other sensor types. For this reason, ADAS developers often use cameras in conjunction with radar.

Radar sensors emit a high frequency wave and record when these waves bounce back to them from objects in the environment. The data can be used to calculate the distance to an object. In ADAS, radar sensors are usually on the front of the vehicle.

Although radar sensor data are well-suited for distance detection algorithms, these data are less useful in algorithms for classifying the detected objects. For this reason, ADAS developers often use radar in conjunction with cameras.

Lidar (light detection and ranging) sensors emit a laser into the environment and record when the signal returns. The returned signals are reconstructed to create a 3D point cloud that shows the lidar’s surrounding environment. Lidar data can be used to calculate the sensor’s distance from the objects in the 3D point cloud.

There are two types of lidar sensors used for ADAS applications:

You can use lidar data to perform both the distance detection and object classification functions in ADAS. However, lidar data processing requires more computational power compared to camera and radar data, and poses some challenging problems for ADAS algorithm developers.

Testing on hardware is expensive, so engineers first test their ADAS solutions using virtual simulation. Simulation environments can be 2D or 3D.

You can use 2D simulation to develop and test ADAS algorithms for camera and radar. We start by creating virtual scenes with roads, pedestrians, cyclists, and other vehicles. Then we place our vehicle in the scene and mount virtual cameras and radar sensors onto it. We can then program the movement of the car to generate synthetic sensor data for ADAS algorithm development and testing.

3D simulation builds on 2D simulation and allows us to test lidar in addition to cameras and radar. 3D environments require more computational power because of their relative complexity.

Once you have developed ADAS algorithms in simulation environments, the next development stage is hardware-in-the-loop (HIL) testing. This involves testing ADAS algorithms with real hardware from cars, such as a real braking system, by connecting them to a simulation environment. HIL testing provides a good sense of how an ADAS component of a car will operate in the real world.

There are other ADAS tests such as driver-in-the-loop, but they all lead to in-vehicle tests to understand how the vehicle will perform when all the parts come together. This is the most expensive type of ADAS testing but also the most accurate and is required before moving a vehicle to production.

ADAS with MATLAB and Simulink

MATLAB® and Simulink® support ADAS development for each stage of the workflow: 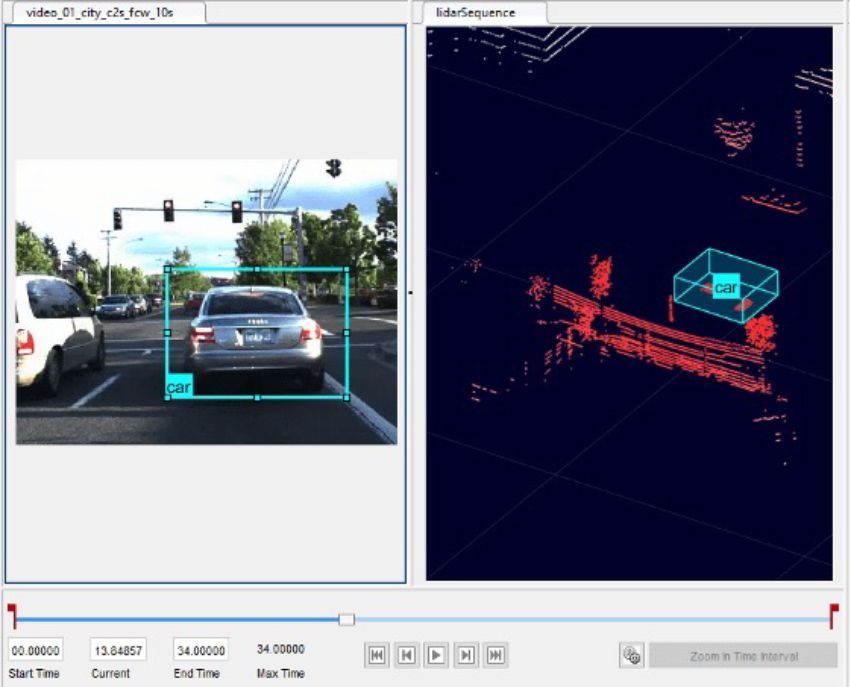 MATLAB lets you develop and test ADAS algorithms in virtual scenarios using the cuboid simulation environment for controls, sensor fusion, and motion planning, as well as the Unreal Engine environment for perception. You can also design realistic 3D scenes with RoadRunner. 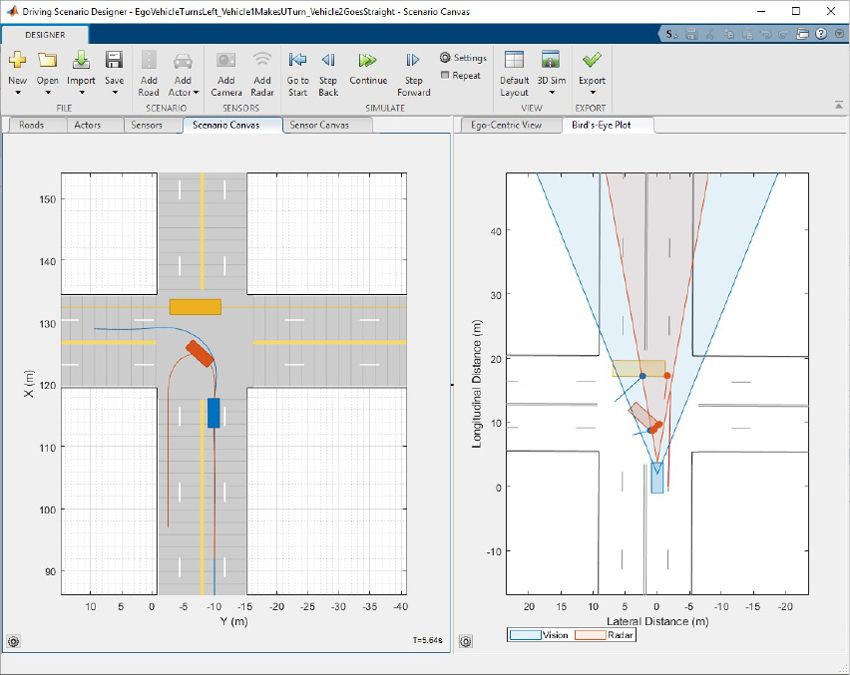 MATLAB contains many automated driving reference applications, which can serve as starting points for designing your own ADAS planning and controls algorithms. 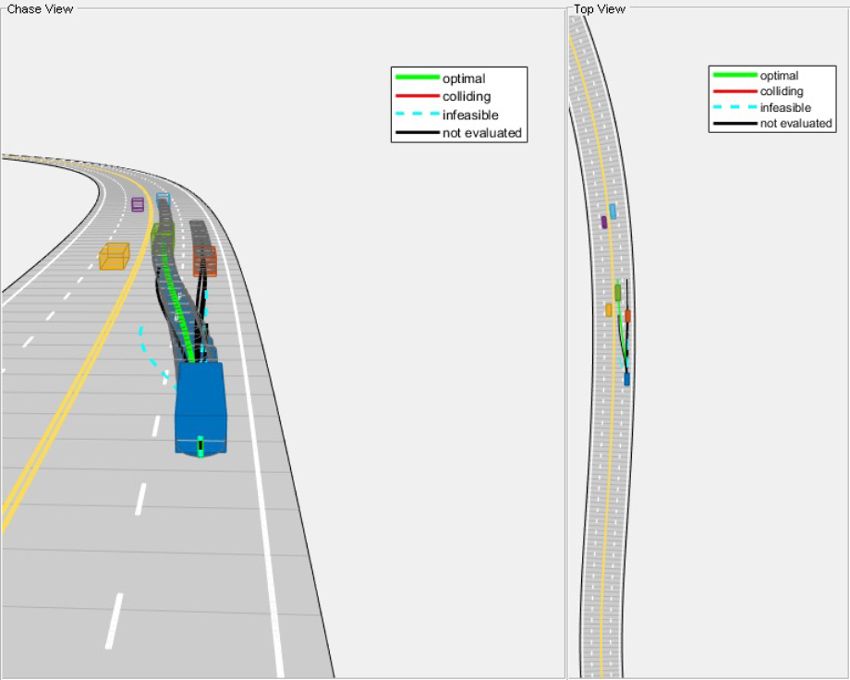 Visualization of evaluating possible trajectories in a highway driving situation within the bird’s eye plot. 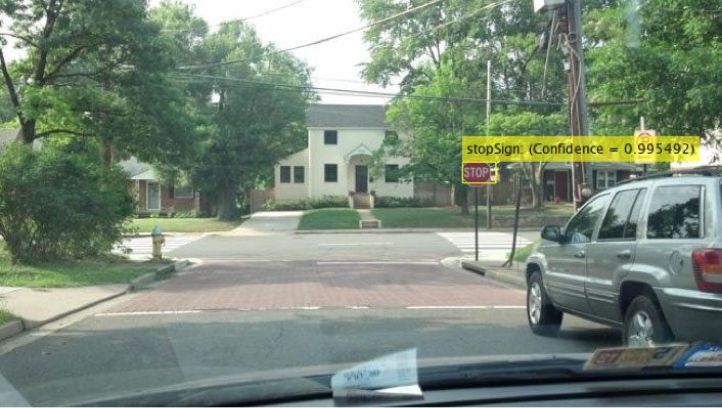 Detecting a stop sign using a pre-trained R-CNN with MATLAB.

Toolboxes like MATLAB Coder™, Embedded Coder®, and GPU Coder™ allow you to automatically generate code to deploy your ADAS algorithms onto embedded devices and service-oriented architectures like ROS and AUTOSAR. 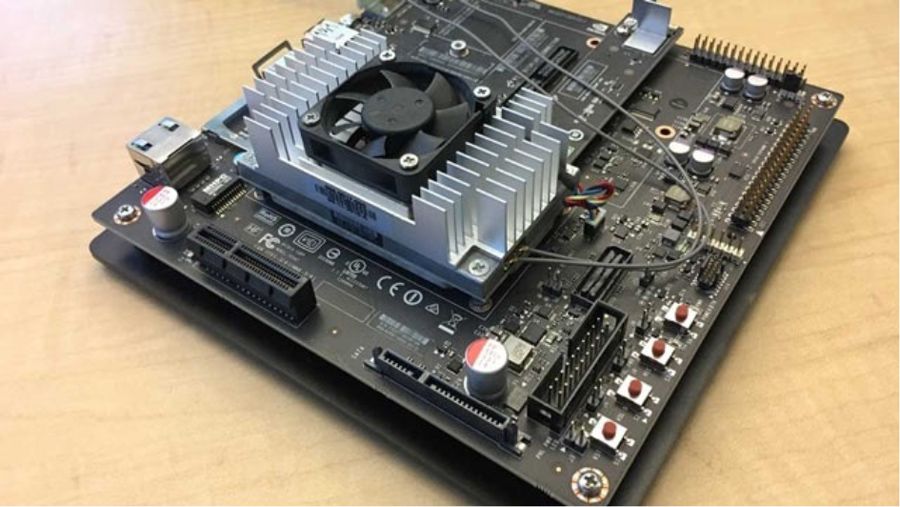 A NVIDIA Jetson TX2. You can generate CUDA code for it with GPU Coder

You can integrate and test your perception, planning, and control systems with Simulink tools. Using Requirements Toolbox™, you can capture and manage your ADAS requirements. You can also use Simulink Test™ to run and automate test cases in parallel. 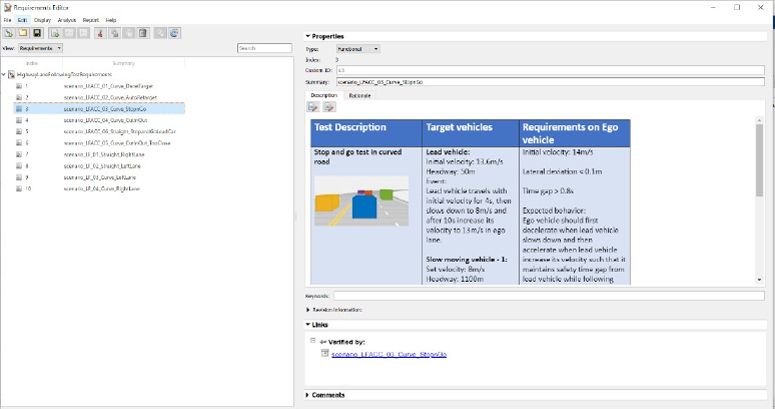 Automated Driving with MATLAB and Simulink