How to create a spline for data without sorting? 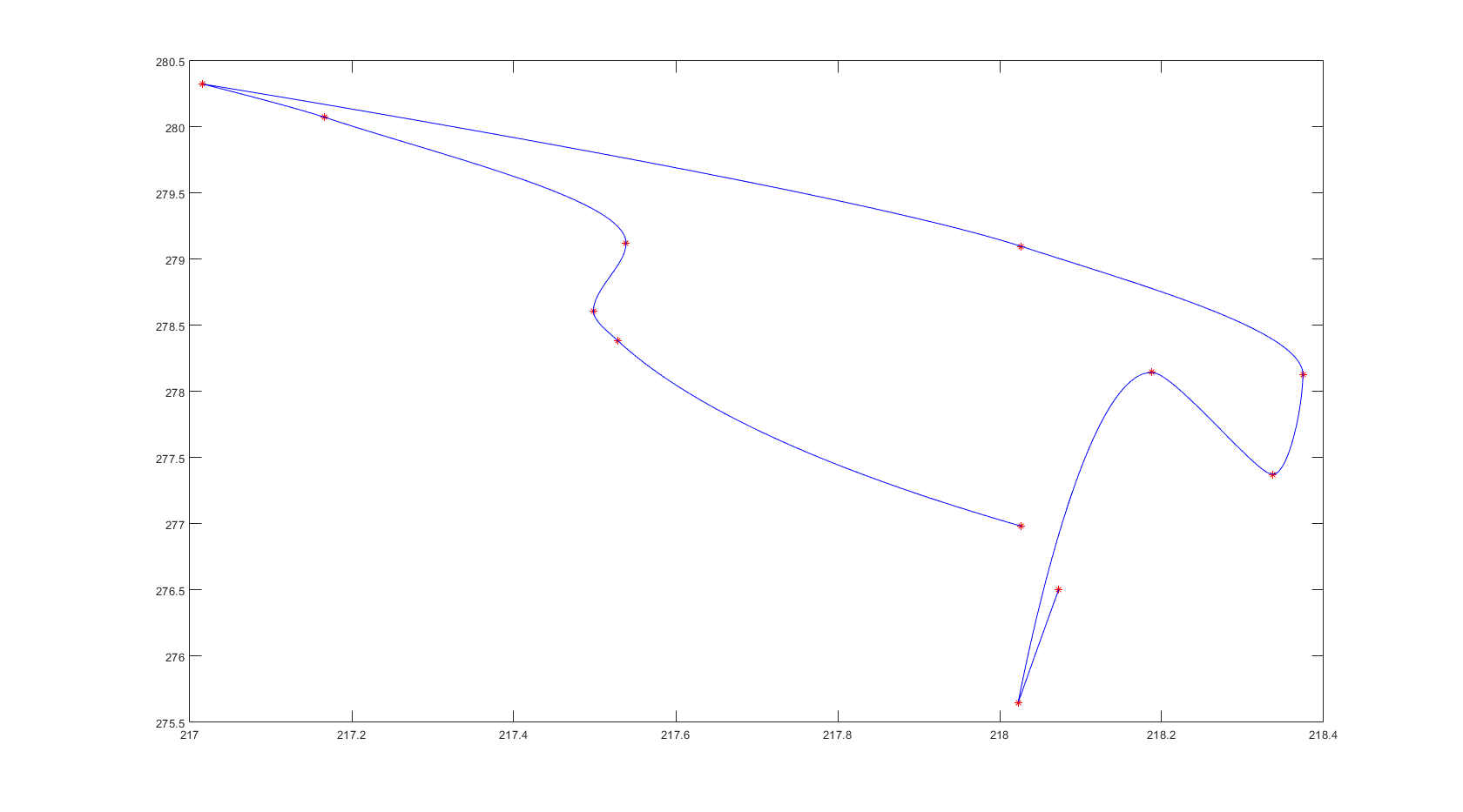 Any idea how I can accomplish this?

John D'Errico on 16 Apr 2019
⋮
Edited: John D'Errico on 16 Apr 2019
I can certainly do it with interparc. But it gets tricky, because interparc is set up to find points that are designated in terms of given arclengths along the curve itself. Simplest is to just understand how to build an interpolant of this sort, then to use it directly.
Interparc uses a linear chordal arclength to parameterize the spline that it builds. I think that idea came from Eugene Lee, as I recall. Pick some random points to interpolate.
x = rand(1,5);
y = rand(1,5);
plot(x,y,'o-') 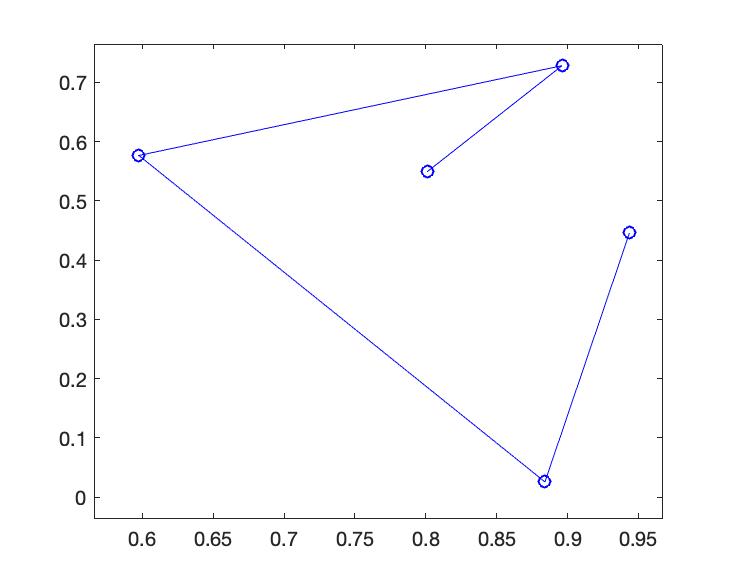 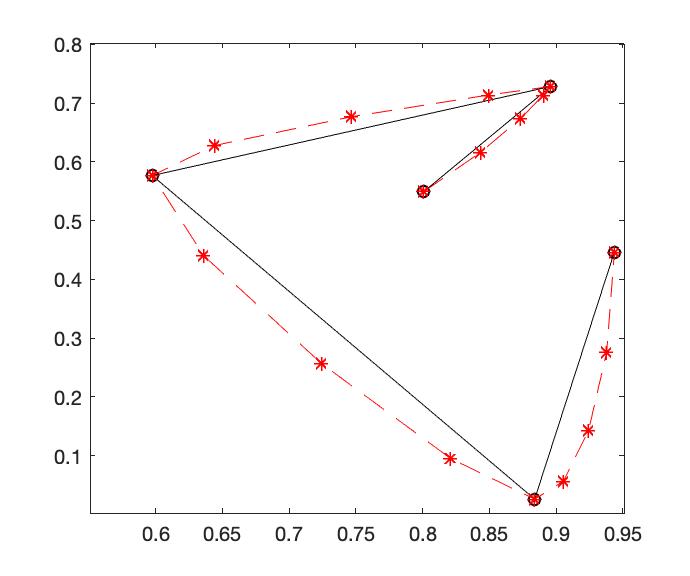 So 3 additional intermediate points between each of the original points, using a pchip interpolant on a completely general set of points. To get 13 points, just change nint to 13 instead of 3.
They don't have the property of being equally spaced in arclength along the curve, as interparc would generate. I know how to get interparc to do the work too, but it is late at night, and I'm feeling lazy if I can avoid actual thought.
Finally, see that I used repelem to build tint there. Repelem is a nice tool, introduced moderately recently in MATLAB. (In R2015a, according to the docs.) I could write it without repelem, but then it is late at night, as I said, and that one line seems elegant as it is.