Calculating area between individual points that create a curve 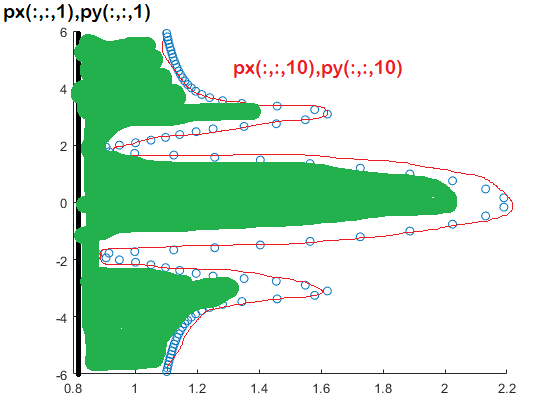 How can I calculate the area without fitting the data?
Thank you! 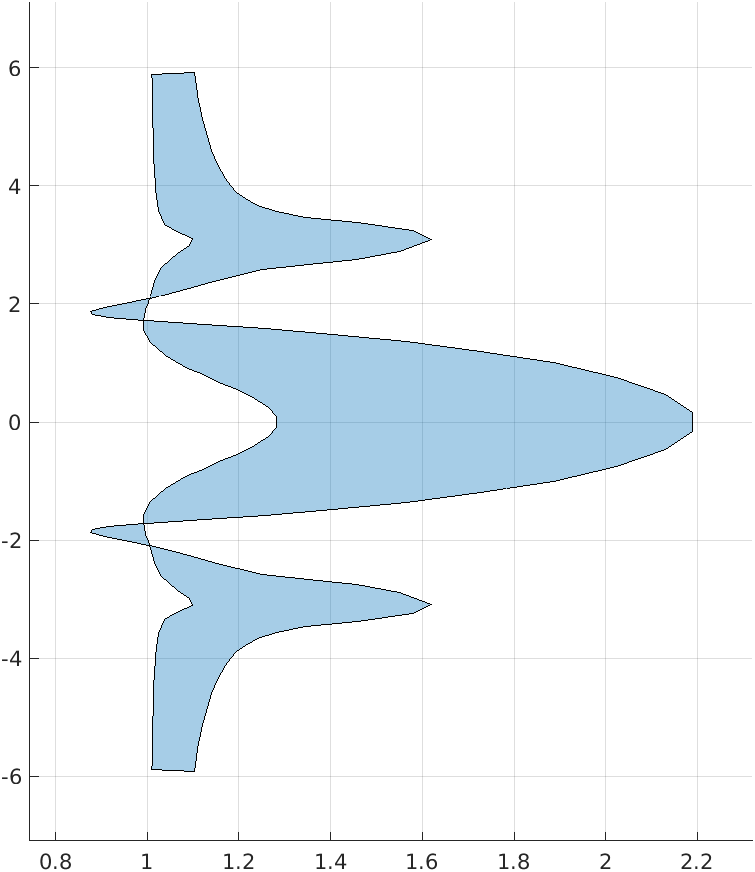 Of course, the first dataset isn't as described by your image. If there's an offset or if px0, py0 are something other than the first vectors in in the arrays, then you'll have to make that change.
If you simply want to exclude the overlap area, then you can do this
% truncate overlap
x = [px0; max(flipud(pxf),interp1(py0,px0,pyf))];
sh = polyshape(x,y);
plot(sh); grid on
axis tight
area(sh) 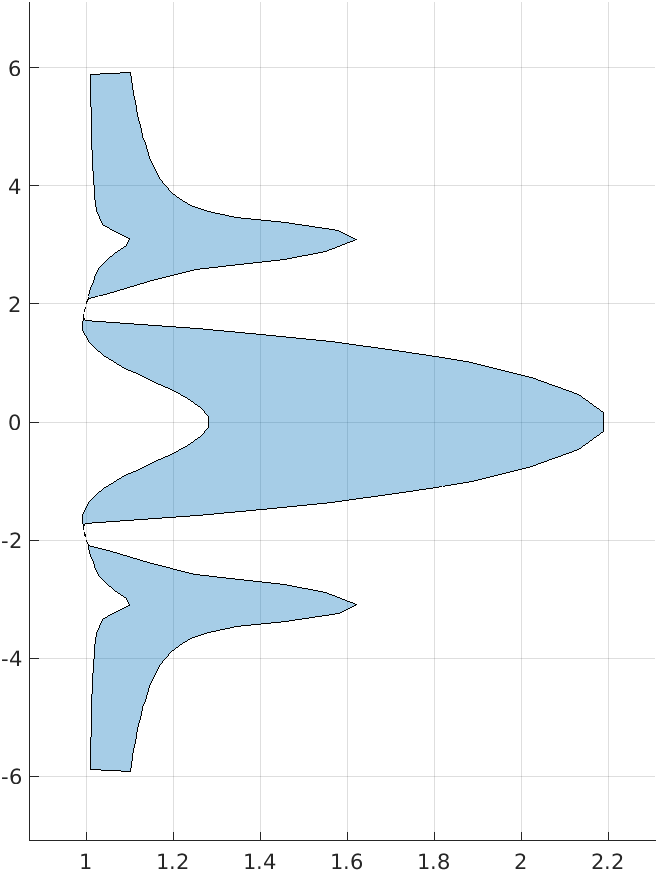 If the overlapped regions are to be considered as some sort of negative area, then you can use a similar technique to calculate it (or just take the difference of the two methods given).
polyshape() will spit out warnings in either case, but they're just warnings. It's just telling you that the polygon intersects itself, which is easy enough to tell just by looking.

⋮
Thank you very much for your answer! This is exactly what I needed!