“Accurate modeling is essential not only for planning investments but also to detect situations that can cause an outage. With MathWorks tools, we can simulate power electronics, mechanics, and control systems in one environment, and our models respond like the turbines we have in the field.” 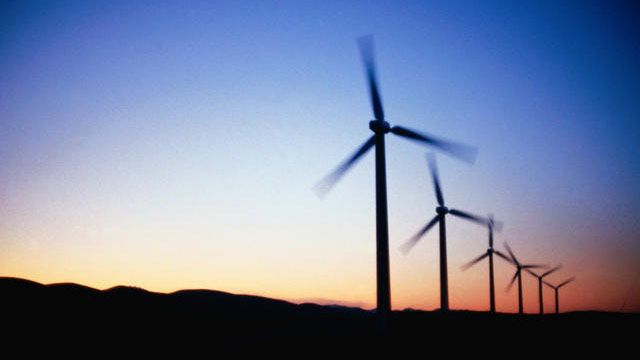 Turbines on a wind farm.

Hydro-Québec engineers use Simulink® and Simscape Electrical™ to model and simulate individual wind turbines and entire wind farms. They use Simulink Coder™ to generate code, which they incorporate into Hypersim, Hydro-Québec’s multiprocessor simulation environment.

“We model control systems, machines, power electronics, and measurement systems,” says Richard Gagnon, researcher at Institute de recherche d’Hydro-Québec. “By generating C code from these models, we can use them with Hypersim to study the integration of new wind farms into power system networks.”

Hydro-Québec must determine how much equipment, such as static VAR compensators (SVCs), will be needed when new wind farms are connected to the power system. “Without accurate models, we risk installing millions of dollars’ worth of unnecessary equipment or not having the equipment we need to meet our reliability and production goals,” says Denis Laurin, manager of technological innovation at Hydro-Québec TransÉnergie.

To obtain accurate simulation results, Hydro-Québec needed to model not only transient stability, which accounts for electromechanical phenomena, but also electromagnetic transients (EMTs). EMT models enable the engineers to understand the dynamic interaction between the electrical modes of the network and the wind power plants.

Hydro-Québec needed to model the control system and power output of a single turbine, simulate the 70–100 turbines of a single wind farm to validate an aggregation method for modeling wind farms, and then simulate the interaction of wind farms with the power system network.

Hydro-Québec engineers modeled individual turbines and entire wind farms using MATLAB®, Simulink, and Simscape Electrical; generated code from the models with Simulink Coder; and used this code in their multiprocessor environment to evaluate wind farm performance in the context of the power system as a whole.

To study stability, Hydro-Québec simulated the mechanics of the turbine using a two-mass system model in Simulink that accounted for the pitch of the blade and torsional effects, among other details.

Hydro-Québec engineers assembled a Simulink model of an entire wind farm comprising 73 individual turbine models and the collector network that links them.

Using Simulink Coder, the team generated C code from their Simulink and Simscape Electrical models, which they ran in Hydro-Québec’s Hypersim simulation environment on a 32-processor supercomputer.

In the resulting real-time environment, the team performed hundreds of simulations with varying operating conditions, wind speeds, and fault scenarios.

The simulation results confirmed that their aggregate wind farm model and the entire wind farm model produced the same voltage and current output at the point of common coupling between the wind farm and the power system.

The engineers then ran simulations in which wind farms were integrated with the power system to evaluate equipment needs and assess regulatory compliance. They used Siemens PSS®E software to verify transient stability compliance and MathWorks tools to build robust and accurate EMT models.

Hydro-Québec is using results from the simulations to guide the planning of new wind power plants that will add 4,000 megawatts of capacity to its power system.

Hydro-Québec is the author of Simscape Electrical.