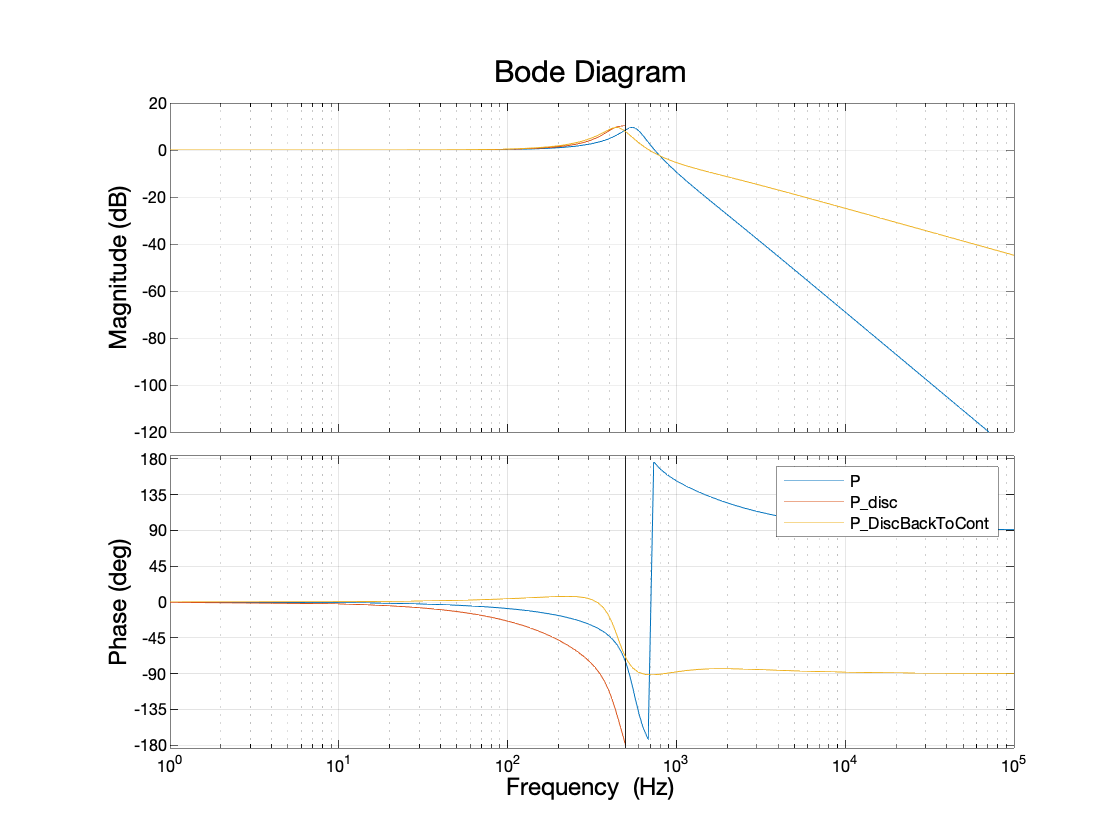 Paul on 31 Mar 2022
⋮
Edited: Paul on 31 Mar 2022
Ran in:
Hello @John
The second paragraph of the question states that P is a discrete-time transfer function. But later on the question states that P is a continuous time transfer function. Can this be clarified?
As for the plot, it's hard to say with certainty without seeing the details of P, but it sure looks like the Nyquist frequency of 1/2/Ts Hz is well within the bandwidth of P, so we would not expect that P_disc to be a good approximation to P.
Having said all of that, if I understand the question correctly one approach to consider is to use d2d on the tf with smaller sampling period and bring it up to the larger sampling period and then take the product. For example
P = tf(1,[1 -0.5],0.2);
A = tf(1,[1 -0.1],0.5);
figure;
bode(P,A,d2d(P,.5,'tustin')*A)
legend('P','A','P*A','Location','SouthWest') 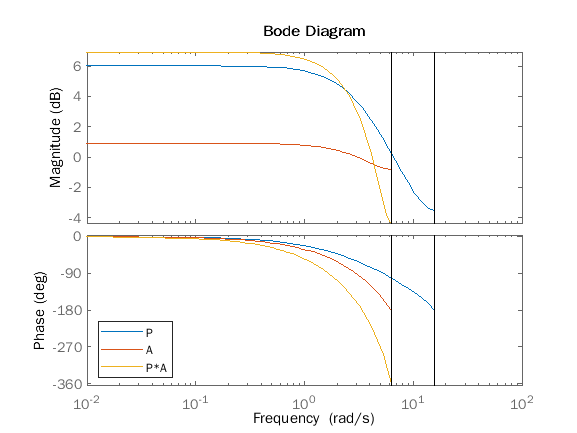 Check the doc page on d2d() for discussion of various options.
,