Jorge Fernandez on 30 Jun 2022
⋮
Commented: Steven Lord on 1 Jul 2022
Accepted Answer: Steven Lord
I need to perform a summation for results obtained from a simulation of different ions striking a target. There are three columns on my data file, the first column Ni = ion number and goes from 0 to 10,000 while the other two columns are data for each ion. The total number of rows in an individual file are over 70,000 which in my code is supposed to be k. There are a number k of rows for each ion containing data, and each ion has a different number of k, meaning the code should be able to read all lines of Ni(k:1) and be able to tell when the summation for a specific ion, let's say ion 1 is done, then store that value and move onto the next ion until the file is over. Ideally, I should get a value of k = rows in data file, i= number of ions = 10,000, and an array of values sum_total containing the summation for each ion with length i. Instead I get i = 10,000, k=2 and just one value for sum_total which only corresponds to the 1st value of the entire dataset. How can I properly approach this? I've tried with a for loop where k=1:n as well but it still gives me the wrong answer. Any help is greatly appreciated and thanks in advance.
The .txt looks like this 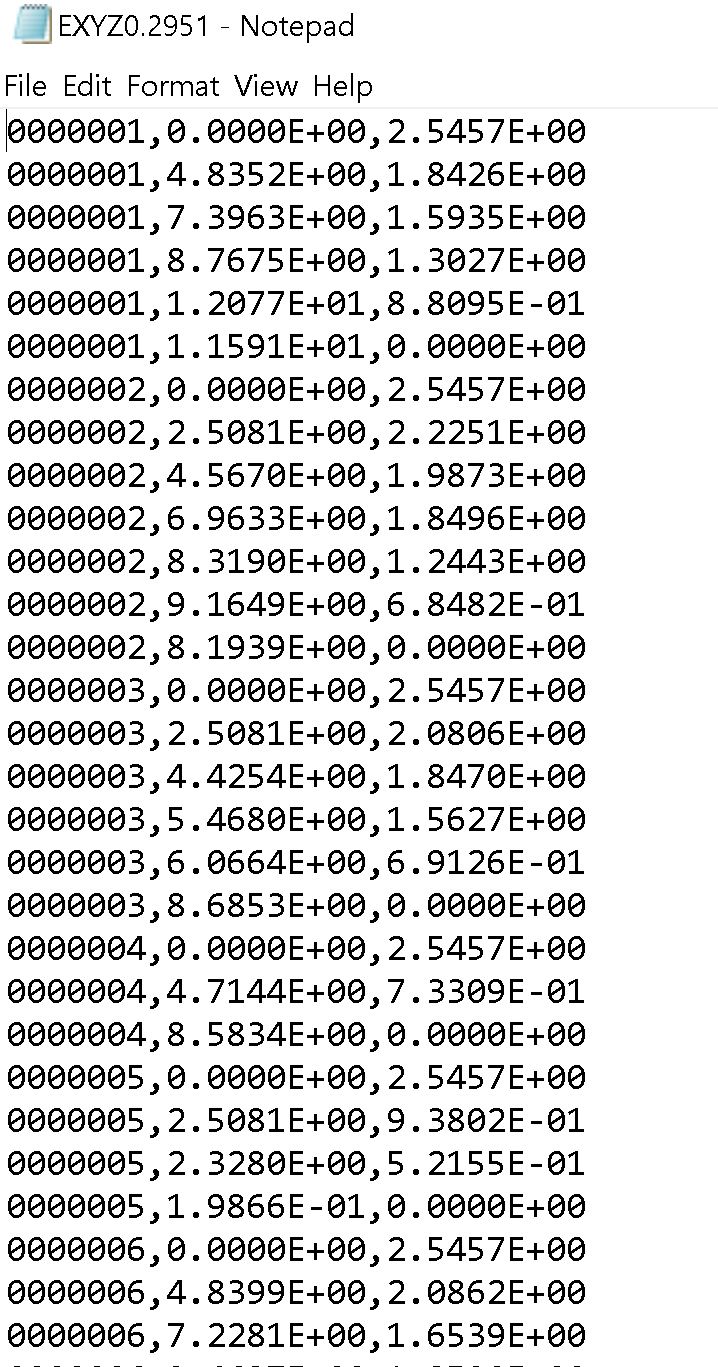 ⋮
Steven,
Thank you so much for the help. Your code runs perfectly fine and I get similar results to those obtained analytically by integrating. I had no idea about the existence of the groupsummary function and will definitely use it from now on when working with lists with many data. Also, thanks for your remark when creating the zeros vector, I had a typo and was wondering why I wasn't creating an array when I was simply indexing.
Again, thank you so much for the help,
Jorge