Is there an algorithm to calculate the settling time of a time series?

Ahmed Taha on 14 Dec 2019
⋮
I am performing a simulation of a system that involves a lot of random variables. The response of this system varies each time I run the simulation. It is always non-asymptotically stable though, as it eventually fluctuates around the equilibrium point with a variant magnitude (of the fluctuation) each time. The following figure illustrates how two different runs of the same simulation can look like: 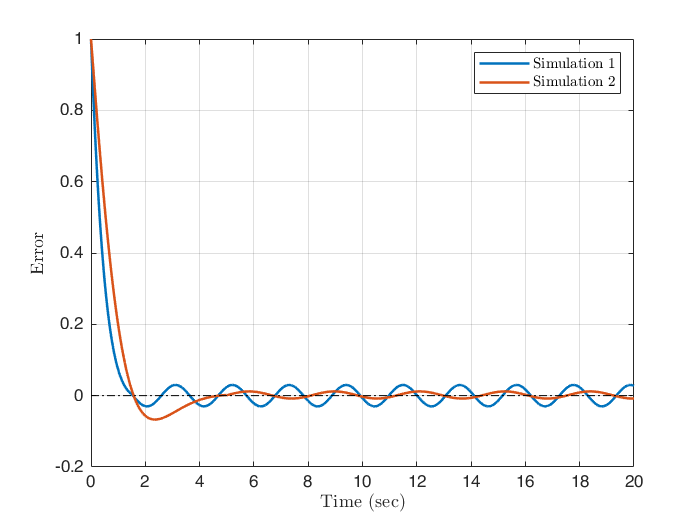 I would like to have an automated function that calculates the fluctuation magnitude and the settling time each run, from the time response.