fsolve cant find a solution for some points

⋮
But why can simulink solve it from the starting point i chose and fsolve cant? Is it possible to solve it a different way to get the result with my starting point?

⋮
I don't know how you are solving it in Simulink, or what hidden algorithms Simulink might be using. Generally speaking, however, there is no reason to expect the same input/output behavior from different algorithms - their search strategies are simply different...

⋮
Hi, Matt, I used a software package (rather than fsolve in Matlab) with global optimization algorithm, so the guess of initial-start values is no longer required. 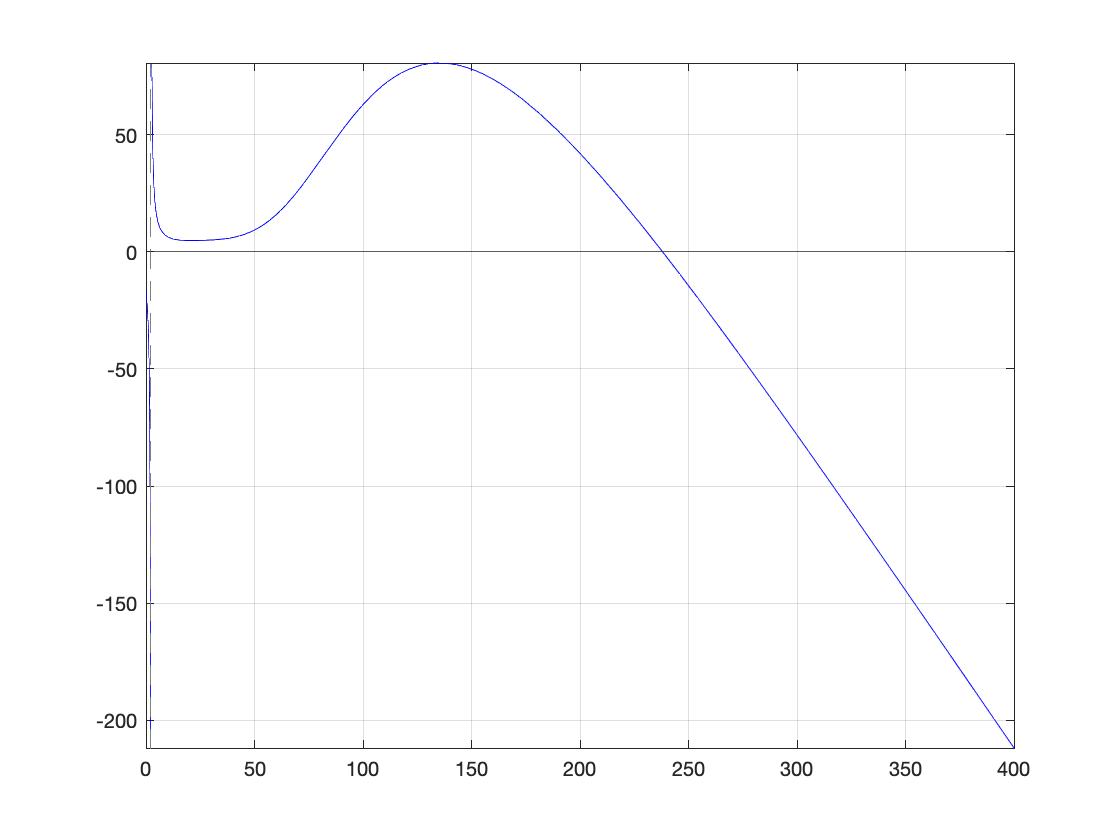 The curve seems to go to -inf as y grows large. with one root at
y0 = fzero(matlabFunction(F2),300)
y0 =
238.079354153593
But there is also a flat, shallow valley on the left, but it never crosses zero there.
The problem is though, IF you start the iterations out below around y at 150? Then the solver will get hung up in that valley to the left. This is as if you had started the blind sercher out in the vicinity of the Dead Sea, and asked him to find the lowest spot on Earth. Is it even conceivable they will manage to climb uphill to get out of the local depression you put them in, and then manage to wander to the other side of the Earth to find the Marianas trench?
Now, where did you start out fsolve?
x0 = [90; 40];
Yep. You started things out in a bad place. fsolve never had a chance to achieve success.
Could you make things simple enough to solve? Well, yes. Reduce the problem to one variable as I did. One variable problems are MUCH easier to solve than are two variable problems. Now, with a little effort, you will be able to make fzero find the root consistently.