See a workflow for developing a control system that takes you from the basics of drone mechanics and to the test flight.You’ll learn about the sensors and actuators used in quadcopter control. You’ll also learn how to command a quadcopter’s four propellers in very specific ways that allow the drone to independently roll, pitch, yaw, and thrust.

We’ll then build on that knowledge to design a control system architecture for hovering a quadcopter.  That means, we’re going to figure out which states we need to feedback, how many controllers we need to build, and how those controllers interact with each other.

We’ll review the quadcopter example in Simulink® and show how each component contributes to getting a quadcopter to hover safely. We’ll also walk through the nonlinear model of the drone and operating environment.

Finally, by the end of this series, we’ll develop a linear model of the system and use that model to tune the PID controllers. 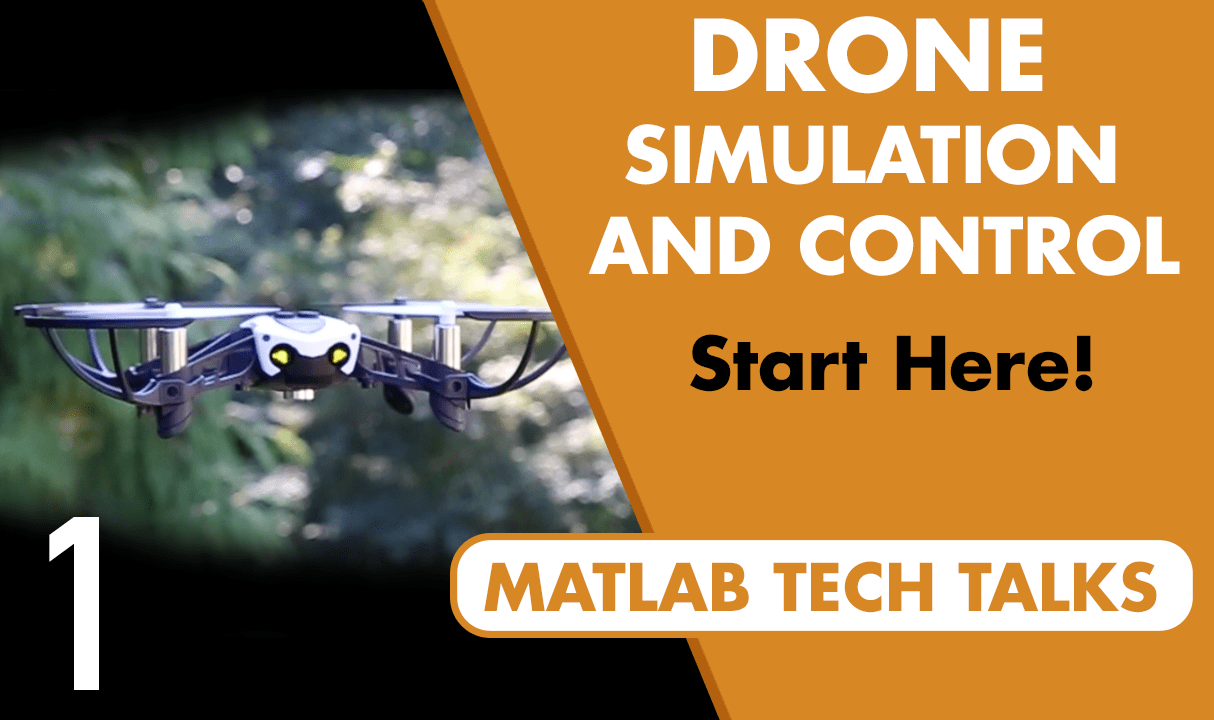 Part 1: Setting Up the Control Problem Many quadcopters have sophisticated programmed control systems that allow them to be stable and fly autonomously with little human intervention. This video introduces the sensors and actuators used in quadcopter control. 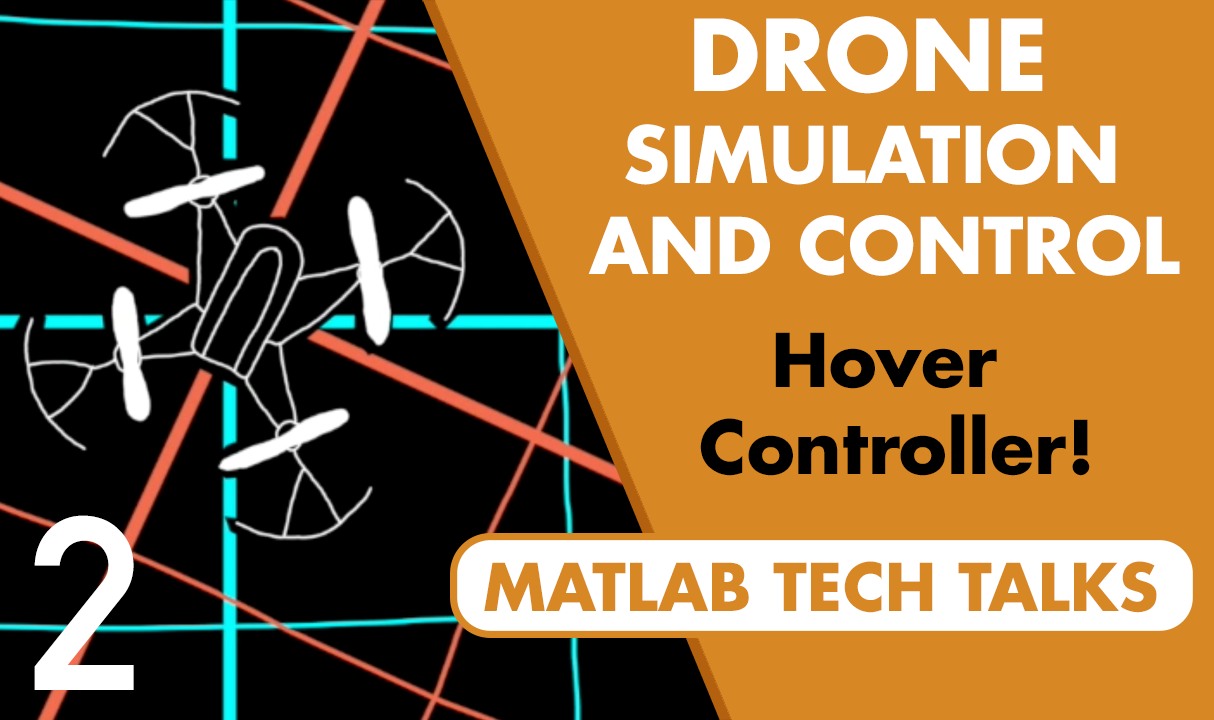 Part 2: How Do You Get a Drone to Hover? Let’s design a control system architecture that will hover a quadcopter. We’re going to figure out which states we need to feedback, how many controllers we need to build, and how those controllers interact with each other. 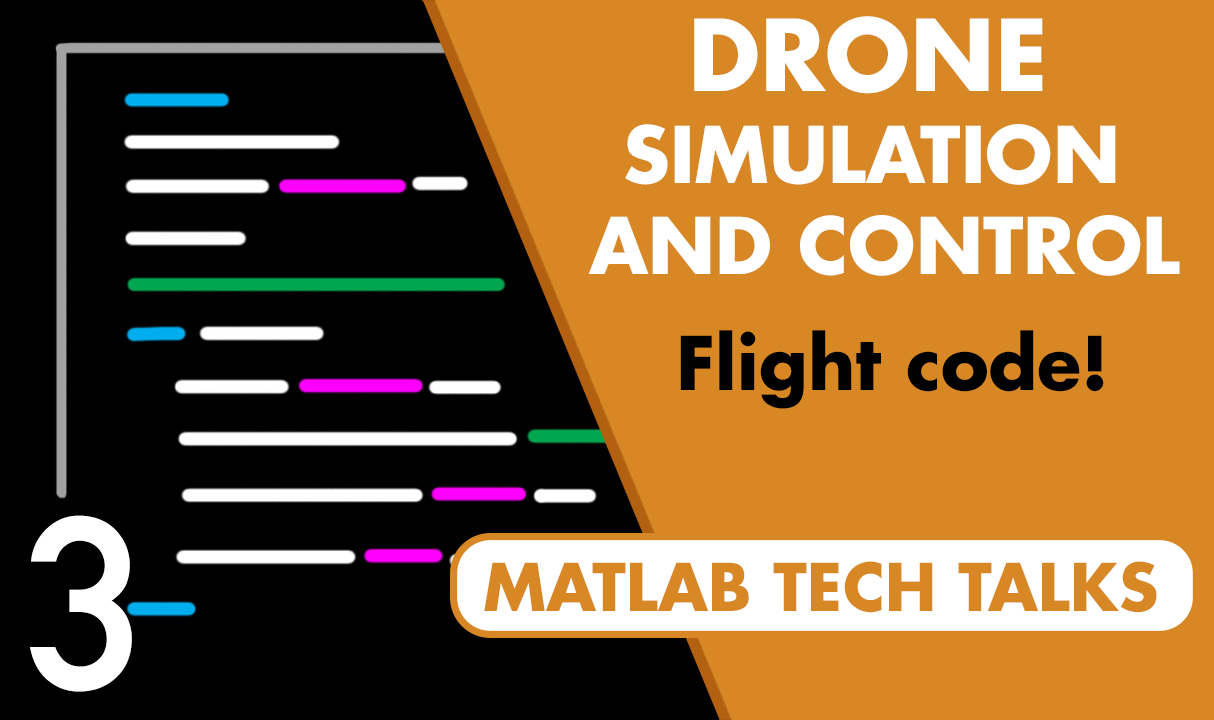 Part 3: How to Build the Flight Code Discover how to create flight software from the control architecture developed in the last video. Embed this code on the Parrot Minidrone and get the actual hardware to hover. 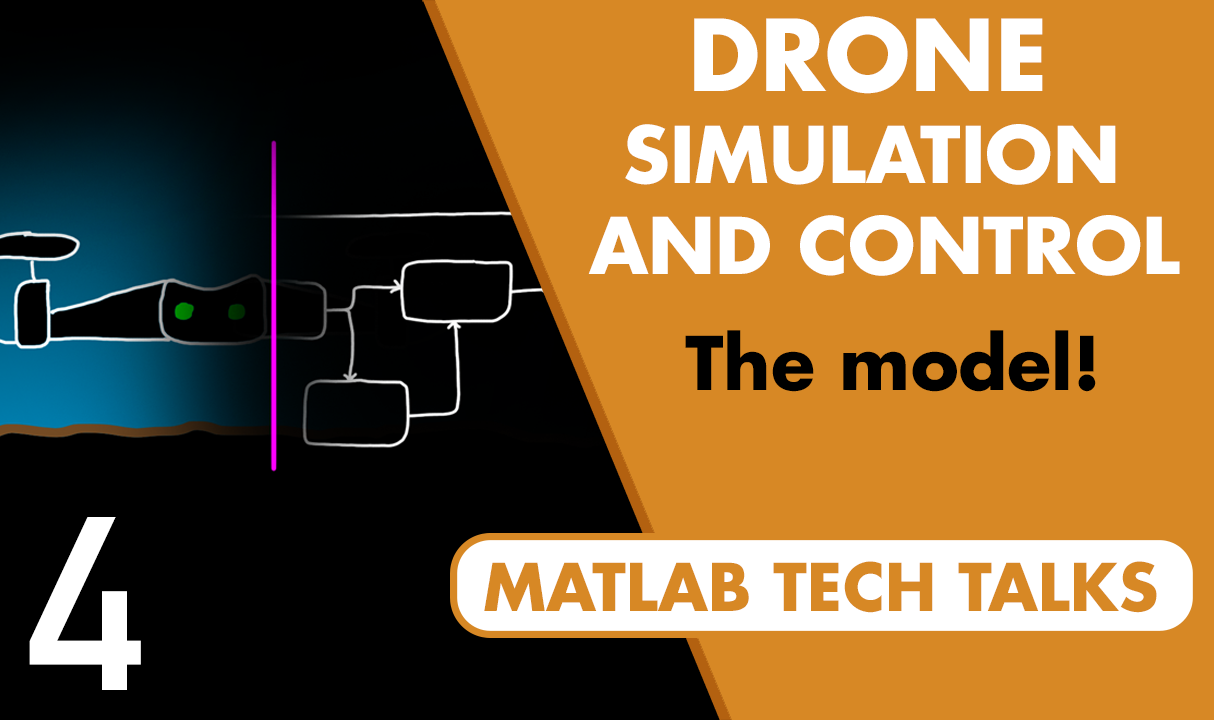 Part 4: How to Build a Model for Simulation This video describes how a good model of the drone and the environment it operates in can be used for simulation and test. We also walk through a quadcopter model example in Simulink and point out some of the interesting features. 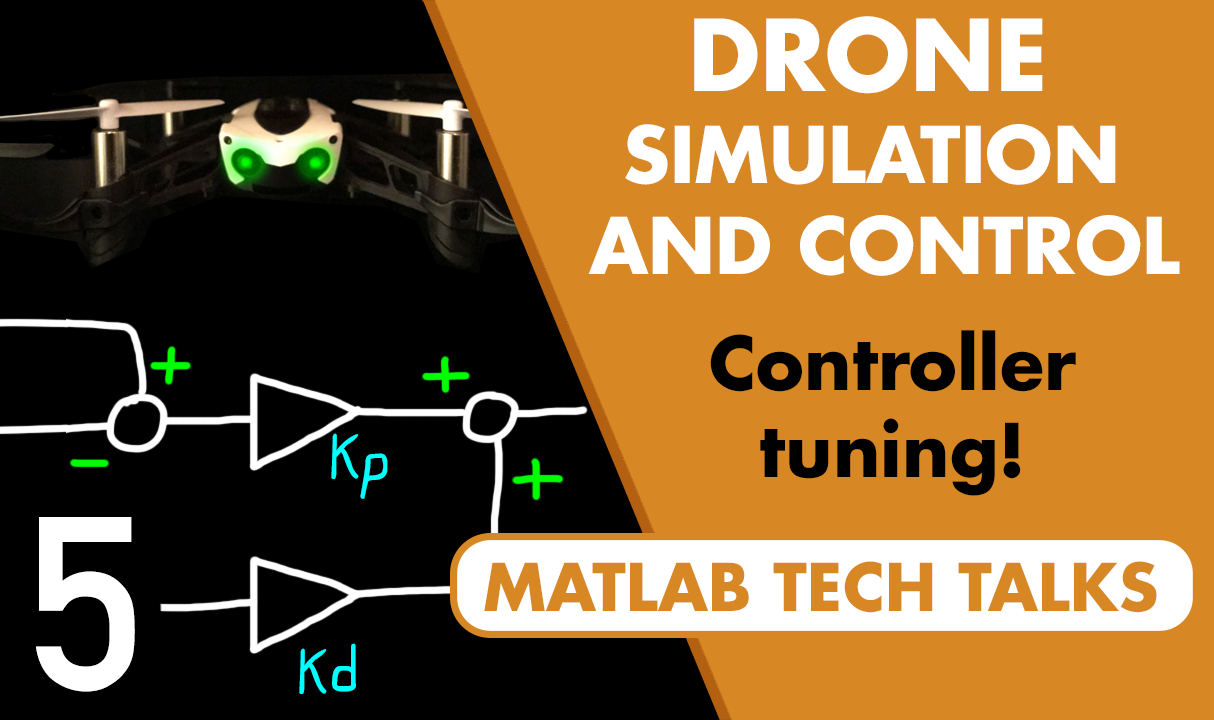 Part 5: Tuning the PID Controller This video takes the nonlinear model of the Parrot Minidrone and builds a linearizable model that can be used for tuning the 6 PID controllers in our control architecture.