Can not shift image relative to plot with Imtranslate

tirbu ungel on 20 Sep 2021
⋮
Commented: Walter Roberson on 20 Sep 2021
Accepted Answer: Walter Roberson
I try to overlay a plot and an loaded image to show resemblance. As the axis of my plot are position data from an experiment they are not centered around [0,0]. Therefore the image and the plot do not overlap. I tried to shift the image with imtranslate to overlay it with the plot, however the image is not translated but instead of the image there is a black box starting at [1 ,1]
gscatterplot, centered around [-30 , -84] 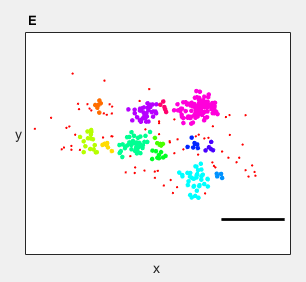 gscatterplot, centered around [-30 , -84] and image loaded by image=imread('overlay_test.png') and shown with imshow(image), also the plot axis was flipped by including the image. 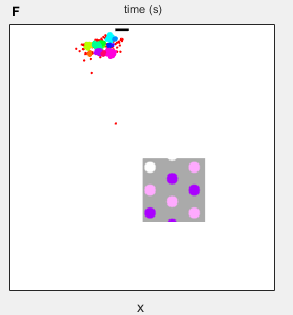 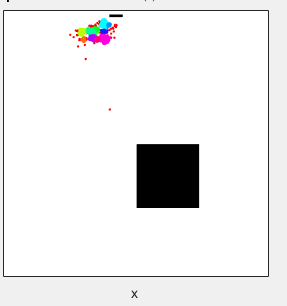 ⋮
If "hold" is not on, then when you use image(), it will set the axis YDir to "reverse", which has the effect of making location (1,1,:) of the image array be in the upper left corner, and the last row of the image array be shown in the bottom left corner -- so row numbers (y values) increase down the axes instead of y values increasing up the axes.
To avoid that box in the rotated image, you should change the approach a little. Before displaying the image, do
ax = gca;
hgt = hgtransform(ax);
C = [ncol, nrow, 0]/2;
hgt.Matrix = makehgtform('translate', C, 'zrotate', deg2rad(10), 'translate', -C);
image(hgt, xloc, yloc, img)
hold on
gscatter stuff
Though as long as you are going to use an hgtransform, you can use that to scale and translate the image and then you should not need to pass in the location parameters. I am not sure at the moment but I think it would go like
ax = gca;
hgt = hgtransform(ax);
C = [ncol, nrow, 0]/2;
hgt.Matrix = makehgtform('translate', [xcenter, ycenter, 0], 'zrotate', deg2rad(10), 'scale', 1/pixels_per_x_dataunit, 'translate', -C);
image(hgt, img)