How to add (minor) ticks on loglog plot?

⋮
Alternatively, you could log-transform your data before plotting and tick to you heart's content in a linear scale.

⋮
The Newsreader has been gone for several years. You might be able to find it archived on Google Groups or something similar if you enjioy spelunking Usenet archives. 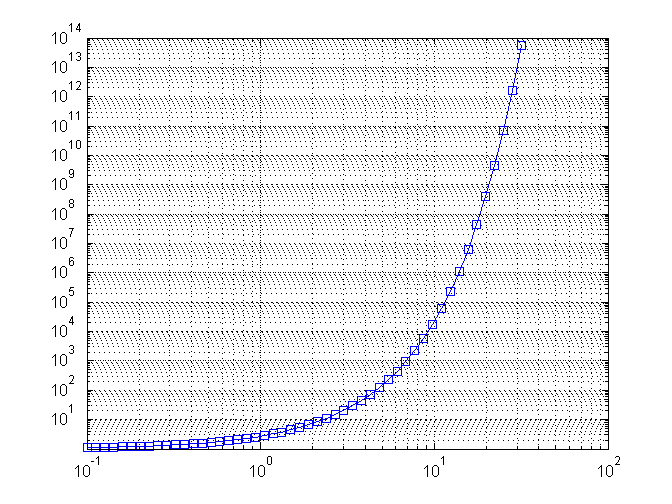 Harshad Deshmane on 2 Oct 2014
⋮
I created a sample "loglog" plot and tried changing the ticks and turning on minor ticks on the y-axis. I followed the approach that you mentioned. But the axis scale did not change from log to linear for me. (I used MATLAB R2012a on Mac OSX 10.9.2.)
One thing you can try is to click on the 'Show Plot Tools and Dock Figure' button on the figure window. This will open a UI which allows you to make any changes to your figure/axes. You can click inside the axes and set the Y scale, change the tick locations and labels, and turn on/off minor ticks.

⋮
Yes thanks, that's the issue. Now that you mention it, I see that it's not the scale that changes back to normal scale but the formatting of the labels

⋮
Ayup...which is why the use of text is the way instead of adding more major ticks if want to keep the same exponential formatting as the default.
Now again, here's one of the unsolved mysteries/frustrations with handle graphics--since they go to the trouble to initially write the exponential form, why doesn't set for the case of log scale have the internal smarts to at least write other integer-valued tick values in the same format (or better yet have a formatting property that gives the user the flexibility to specify the format desired)?
As is, as is so often the case, the actual look of graphics just isn't as professional as one would like for presentation purposes at least without the user taking a lot of time and effort to fix up such faux pas. One that just bugs me no end that's trivial to fix but has been around "since forever" is the missing decimal ".0" at the origin and upper limits in the default axes -- it's simply just tacky as is.