how do i calculate a 3d graph in this case? 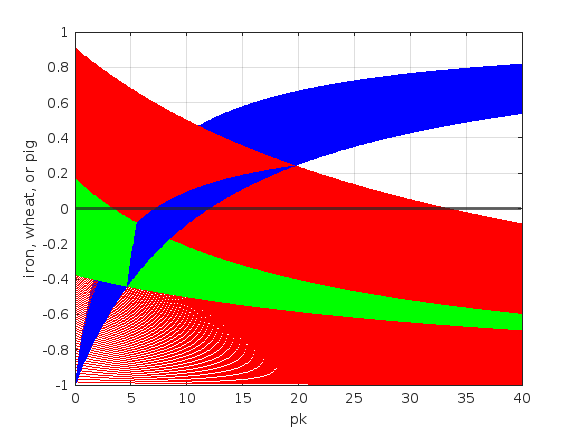 ⋮
Oh thank you! Yes this is what I needed, thank you so much!
I did remove all of my comments because they felt silly, but I will remember to keep them for future questions! I tend to panic a bit using matlab, this has helped me a lot, though, so thank you!

Torsten on 23 Oct 2022
⋮
pi and pp are vectors ; thus trying to access pi(i,j) and pp(i,j) will throw an error.
Further, don't name a variable "pi" in order to avoid conflicts with Ludolph number.

⋮
thanks a lot, I absolutely did not think of that!

Can Atalay on 23 Oct 2022
⋮
Haven't been able to run your code but I think that your
pi
is a row vector but you're accessing
pi(2,1)
eventually, which doesn't exist.
You could simply access the nth element in a row vector by saying
pi(3)
instead of
pi(1,3)
Moreover, using something along the lines of
ii1, ii2, ii3, etc. / jj1, jj2... / my_pi, pi1, pi_1
instead of
i, j, pi
would be a good idea since these might create some conflict between the inbuilt definitions of "pi" and "i" in MATLAB.

⋮
oh, thank you so much I absolutely did not think of that!