How to stop the running program through push a 'stop' button in appdesigner?

NAN ZHANG on 11 Apr 2018
⋮
Answered: Debt on 29 Aug 2021
Accepted Answer: Wentao Du
I am trying to design a interface using appdesigner.I want to know how to pause the running program when i push the 'stop' button,and when i push it again, the program continue to run. How am i supposed to do? And i also want to know how to stop the running program by code. I have tried 'pause()' 'dbcont' 'dbquit' ,such functions. They do not work.... Sorry for my bad english... 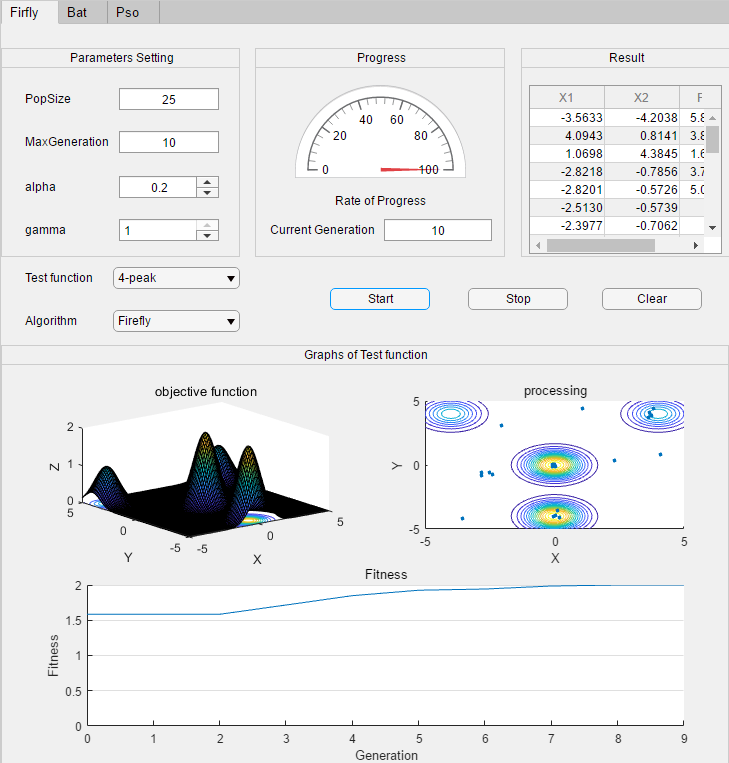 Wentao Du on 16 Apr 2018
⋮
A workaround would be to check for a change in a condition. This change would be caused by the a push-button callback or a checkbox selection. That is, it would reflect that the user would like to stop/pause/resume execution.
If you would like to pause execution and then resume execution from the same point, you would have to break down your code into multiple sections. Each section will be identified by a certain number. When the pause condition is met at a certain point, the workspace data will be saved into a MAT file and a value will be returned by the PAUSE_FUNC function which is executed when the pause condition is met.
When you click the Resume button, a function is executed which tells the computer where to resume execution of the code from. This function will have as input the variable returned by PAUSE_FUNC. This allows the program to recognize where execution was stopped. The previously saved data will be loaded again and execution can resume from where it was paused.
To stop execution, simply exit the function when the condition value is changed accordingly.

⋮
Well, thank you so much. I thought there is a way or command like debug that i can pause and resume the program whenever i want. To stop execution, is there a command i can call when the program is running? or i have to set a check block, when 'stop' is pushed, use 'return' to quit the program. Thanks again!

⋮
Flag by fatima alansari moved to comment:
have the same question

Debt on 29 Aug 2021
⋮
You can use the uiwait and uiresume Fcu to realize it,and you should konw their object is uifigure