Number of necessary time steps to handle a Zero-Crossing?

creepydog on 24 Jun 2020
⋮
Answered: creepydog on 1 Jul 2020
Over the years I have observed that Simulink usually uses 3 time steps to handle a zero-crossing, but in some cases it uses only 2 or even 1. I'm wondering whether this is a bug or intended behavior.
I'll demonstrate all three cases with minimal examples (see below), so everyone can reproduce this. Some thoughts and questions:
Maybe only Mathworks can answer some of these questions (?).
Detailed steps to reproduce all three cases
Create a new blank model. (This one will cover both the 3-steps-case and the 2-steps-case.)
Place these blocks, set parameters, and connect them in this order: 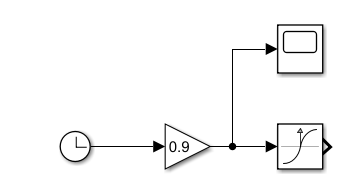 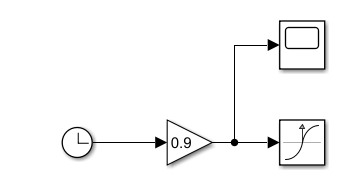 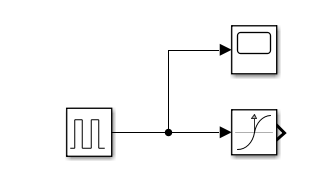 ⋮
There is an Edge Detector block in the DSP System Toolbox. But it didn't seem to have much promise for anything other than inputs with Discrete Sample Time.
On your R2020a release, check Simulation -> Model Configuration Parameters -> Data Import/Export, Single Simulation Output.

creepydog on 1 Jul 2020
⋮
First of all: Thank you for your efforts! Your guesses are similar to my guesses. ;-)
I've been aware of the fact that my minimal examples do not have any states. Now I have altered my Pulse Generator example model to include a continuous state and also make the input of the Hit Crossing a continuous signal (not FiM!).

When I run this, I get 2 time steps at the zero-crossing. When I "unshow" the Hit Crossing's output port and run it again, I get only 1 time step at the zero-crossing. That's in contradiction to your summary, isn't it? (Note, though, that the Hit Crossing block itself is FiM!)
Some more remarks:
Yes, min step size seems to be irrelevant for zero-crossing. From my point of view, there are good reasons for that.
Yes, Simulink can miss zero-crossings (but that's another topic. In my real world model I can prevent that robustly by using benign signals to drive the Hit Crossing blocks and choosing an appropriate max step size.)
How I think the zero-crossing mechanism finds the crossing point: By iterative interpolation, at least in principle. In the 2-step example, Simulink evaluates the Hit Crossing input signal at t=1 and t=1.5 (as you stated) and got these values: 0.9 and 1.35. As the threshold is 1, Simulink knows there's a crossing in that interval. Now it tries to find the crossing point by interpolating the input signal between these two points. So it does something like this: interp1([1 1.5]*0.9,[1 1.5],1). In our case the input signal is a linear function of time (*g*), so one iteration is sufficient for convergence and Simulink immediately "guesses" the correct t=1.11111111...
Just in case you've never done that: Try the Simulink Debugger, step through the simulation and observe the Hit Crossing block I/O and the (minor) time steps that Simulink chooses.
The official Simulink documentation states: "If any zero crossings are detected, the Simulink software interpolates between the previous and current values of each variable that changed sign to estimate the times of the zero crossings, that is, the discontinuities."
Now I found what seems to be some ancient version of the Simulink documentation, which adds: "Simulink then steps up to and over each zero crossing in turn. In this way, Simulink avoids simulating exactly at the discontinuity, where the value of the state variable might be undefined."
I do not know whether this can still be regarded as canonical Simulink wisdom (or why it has been censored/lost) but it seems to be an explanation why there should be at least 2 time steps at a zero-crossing. However, today's Simulink works differently.
I'd be glad to get an answer from some Mathworks expert ...