GPU usage not showing in the task manager

POHL Michel on 17 Jan 2021
⋮
Answered: Jason Ross on 19 Jan 2021
Hi everyone,
I managed to use my GPU to accelerate my Matlab code,
but the usage of the GPU by Matlab does not appear in the Task manager.
It says that 0% of my GPU is being used.
But when I use the CPU, 70% of the CPU is working and the program is slow,
and when I run my code with the GPU instructions, 17% of the CPU is used and the program is faster.
Do you have an idea about why my task manager is not showing adequately my GPU usage? ...

⋮
Below are screenshots of my task manager and the results of the gpuDevice command on Matlab : 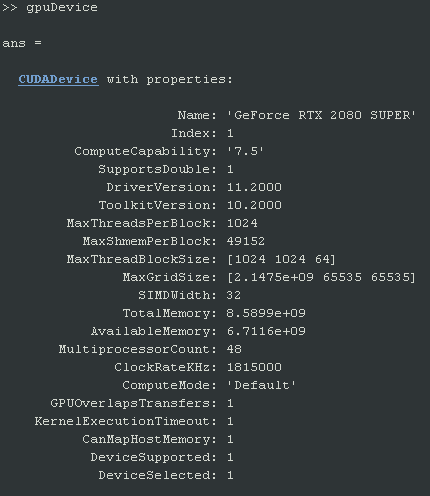 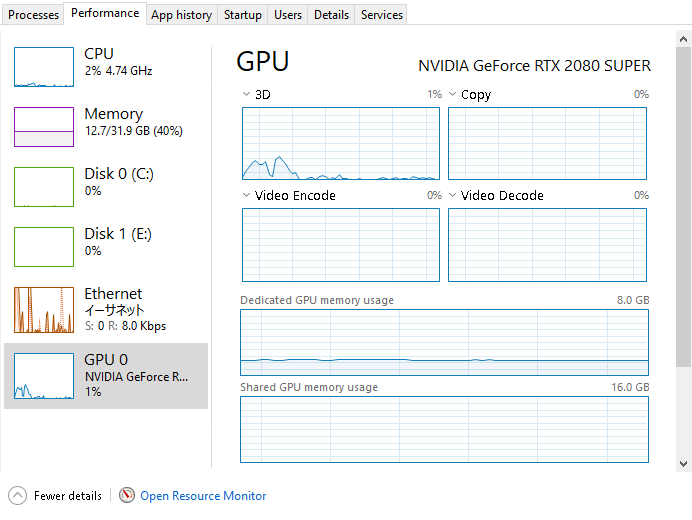 Jason Ross on 19 Jan 2021
⋮
It looks like this is new functionality that just showed up in the Fall Creator's Update. I found a wonderful blog entry from Microsoft that describes what's going on behind the scenes. It looks like this functionality working properly depends primarily on the WDDM version that's running -- it needs to be 2.x or newer. From the blog:
Performance data for the GPU is available no matter what API is being used, whether it be Microsoft DirectX API, OpenGL, OpenCL, Vulkan or even proprietary API such as AMD’s Mantle or Nvidia’s CUDA
To see what you are running, the blog says to do this:
The Task Manager’s GPU performance data requires a GPU driver that supports WDDM version 2.0 or above. WDDMv2 was introduced with the original release of Windows 10 and is supported by roughly 70% of the Windows 10 population. If you are unsure of the WDDM version your GPU driver is using, you may use the dxdiag utility that ships as part of windows to find out. To launch dxdiag open the start menu and simply type dxdiag.exe. Look under the Display tab, in the Drivers section for the Driver Model. Unfortunately, if you are running on an older WDDMv1.x GPU, the Task Manager will not be displaying GPU data for you.
So it looks like you likely need to update the driver installed on your system to one that supports WDDM 2.x. Some quick internet searches seem to say that nVidia has added this support some time ago, so perhaps you just need to update (or reinstall) your driver? I seem to recall that when I've run the nvidia driver install on Windows, WDDM support is selectable if you are using the Custom setup, and is installed by default if you use Express.