What can I do to import a complete assembly into Multibody if I'm using Fusion 360?

Cristina Aparicio on 2 Aug 2021
⋮
Answered: Yasumaru Hirai on 27 Dec 2021
I have a parallel mechanism designed on Fusion 360, consisting on 3 linear actuators and several universal joints, as well as a base platformand a moving platform (as shown in picture). I want to use it on Multibody for motion and force control, but it seems that Simscape Multibody Link doesn't supports Fusion 360. Is there any other way I can import it? 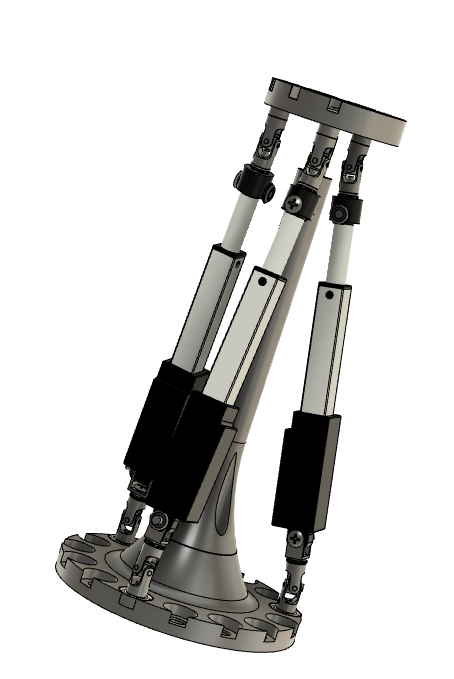 J Chen on 3 Aug 2021
⋮
Can you export the model to a CAD software that supports Simscape Multibody Link?

Yasumaru Hirai on 27 Dec 2021
⋮
Import the model into the Autodesk Inventer. Next, follow these steps to deploy the plug-in: Then import the model.
Install the Simscape Multibody Link Plugin - MATLAB & Simulink - MathWorks